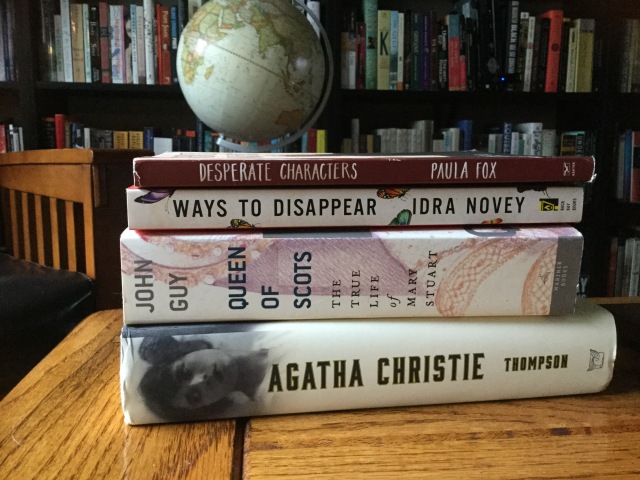 Over the Thanksgiving break, yes, I acquired a few more books, but I also sold a big bagful, and I finished two non-fiction books (which puts me at twenty-eight, only two away from my goal of thirty non-fiction titles for the year).

■ Heartland: A Memoir of Working Hard and Being Broke in the Richest Country on Earth (Sarah Smarsh; 2018. Non-fiction.)

p. 13
It would be unwise for me to claim I know how much growing up in a poor family shaped my words. My mother’s strong vocabulary, itself learned alone from books, probably has more to do with my language than any college degree I got. We can’t really know what made us who we are. We can come to understand, though, what the world says we are.

p. 126
In the United States, the shaming of the poor is a unique form of bigotry in that it’s not necessarily about who or what you are — your skin color, the gender you’re attracted to, having a womb. Rather, it’s about what your actions have failed to accomplish — financial success within capitalism — and the related implications about your worth in a supposed meritocracy.

■ Advice for Future Corpses (and Those Who Love Them): A Practical Perspective on Death and Dying (Sallie Tisdale; 2018. Non-fiction.)

p. 32
Most people aren’t wrestling with dread so much as trying to ignore a chronic background anxiety. But Becker would say this is just repression. He believed that we succeed so well at repressing the fear of death that we may deny the fear even exists — yet its energy remains, driving us on to create a network of belief and relationship in which our short, fragile lives will have meaning. We call these networks by various names: philosophy, but also psychology, science, culture, religion, and art. Repressed, anxious but refusing to experience the anxiety completely, humans create civilization.

p. 187
Grief is a disruption. The sound of a footstep on the porch evokes the old world, the other life, and it is only the mail carrier and the new life rushes back. My mother has been gone from my life for more than thirty years, but I hear her voice sometimes when I talk, and I see her in the mirror now and then — sidelong, unexpected glances. There she is. And I think, I should call mom and tell her about that. Grief recurs and spins, a Möbius strip of memory going on and on in a loop. You aren’t in denial about the death. You just keep remembering that it happened.

p. 196
Try not to say: You shouldn’t dwell on the past. Grief is a story that must be told, over and over. Very few people know how to listen to a grieving person without in some way trying to shut down or control the strong emotion.