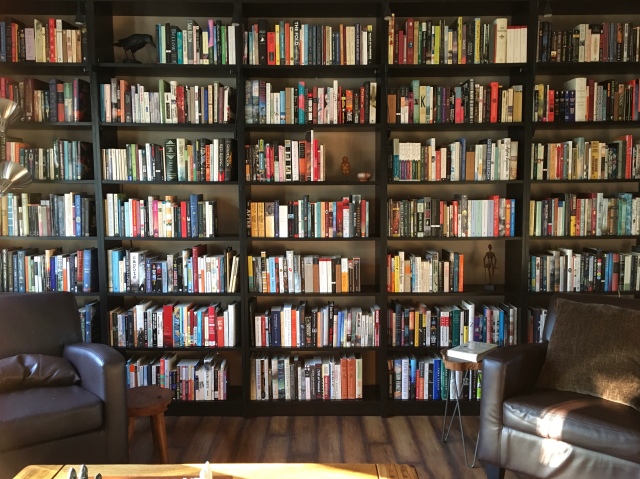 Since last week, I’ve finished seven books, bringing my total for the year to 228.

■ Harriet the Spy (Louise Fitzhugh; 1964. Fiction.)
As I mentioned this was a reread in anticipation of the new biography.

p. 216
Now, he can see what he’s been trying to do: to bargain with grief. Behind all this frenetic activity there’s been the hope that if he keeps his promises there’ll be no more pain. But he’s beginning to understand that grief doesn’t strike bargains. There’s no way of avoiding the agony – or even of getting through it faster. It’s got him in its claws and it won’t let go till he’s learnt every lesson it has to teach.

■ Bring up the Bodies (Hilary Mantel; 2012. Fiction.)
As I mentioned last week, “Read the Mantel trilogy” is a 2020 goal. You don’t need me to tell you what an achievement these books are.

■ Gifts of the Crow: How Perception, Emotion, and Thought Allow Smart Birds to Behave Like Humans (John M. Marzluff; 2012. Non-fiction.)
A late entry to my list of reading goals: a book from the collection of ornithology titles, preferably one about my bird of the year.

■ We Keep the Dead Close: A Murder at Harvard and a Half Century of Silence (Becky Cooper; 2012. Non-fiction.)
As she attempts to solve a decades-old mystery, Cooper excavates the pervasive misogyny of university politics while negotiating the creative non-fiction writer’s tendency to become the subject. Coming from such a young writer, this was particularly deft and compelling.

p. 332
Breathing life into someone on the page was an act of both resurrection and transubstantiation: I wrote them by learning about them, then by holding them inside me, then by feeling for them. By the end, I’d become their host, so of course I would forget where they ended, and I started.

p. 405
It occurs to us that a cousin of randomness is serendipity.

p. 426
Some days I don’t even know what to tell you about Jane. I know even less about whether telling a responsible story of the past is possible, having learned all too well how the act of interpretation molds the facts in service of the storyteller. I have been burned enough times to know: There are no true stories; there are only facts, and the stories we tell ourselves about those facts.

● The Complete Stories
Flannery O’Connor; 1971
With the Catherine Project.